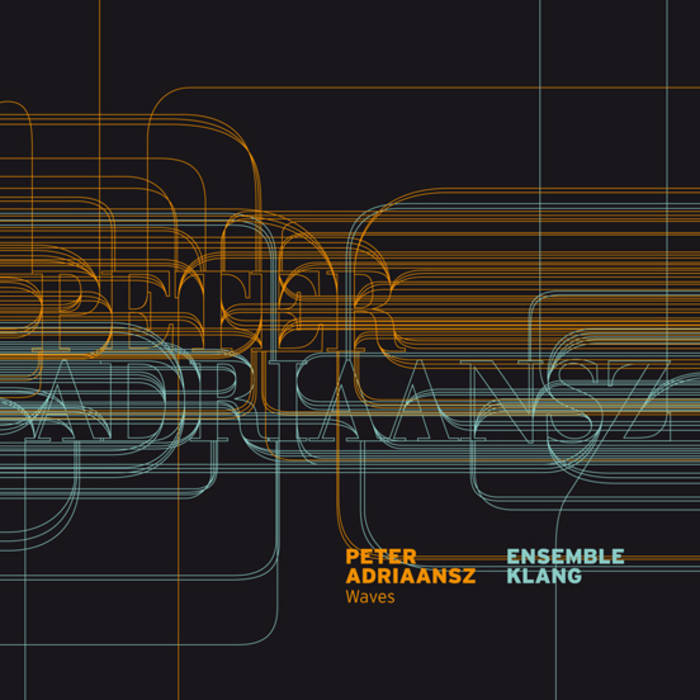 The work of Peter Adriaansz (1966) is a musical exploration of profound existential questions, questions defiantly of the twenty-first century, about musical perception, about the nature of sound and the passage of time. Waves is music that moves very slowly; it is composed of long tones that change mostly in our perception because of incidents in the sonic ecology that surrounds them. Extremely reduced in its material, this reduction is however far from an impoverishment: listening to this music invites a quality of attention that calms the mind and creates a state of wonder.


The album includes the work "Waves 5 to 7", which was selected for the Toonzetters as one of the top 10 contemporary Dutch works from 2008.


Reviews:
5-stars: "As a listener you are gradually sucked ever deeper into a sound where infinitely detailed worlds unfold, worlds whose existence you didn't at first suspect." (Het Parool, 14 April 2010)

5-stars: "Pure, uncompromising and relentless… Ensemble Klang play everything with an equal amount of precision as intensity and honesty, and with this brilliant triptych prove themselves to definitively be one of the top ensembles." (NRC Handelsblad, 21 May 2010)

There are no edits or overdubs in the tracks; each movement was recorded in a single take.

This cd was made possible with financial support from Société Gavigniès.