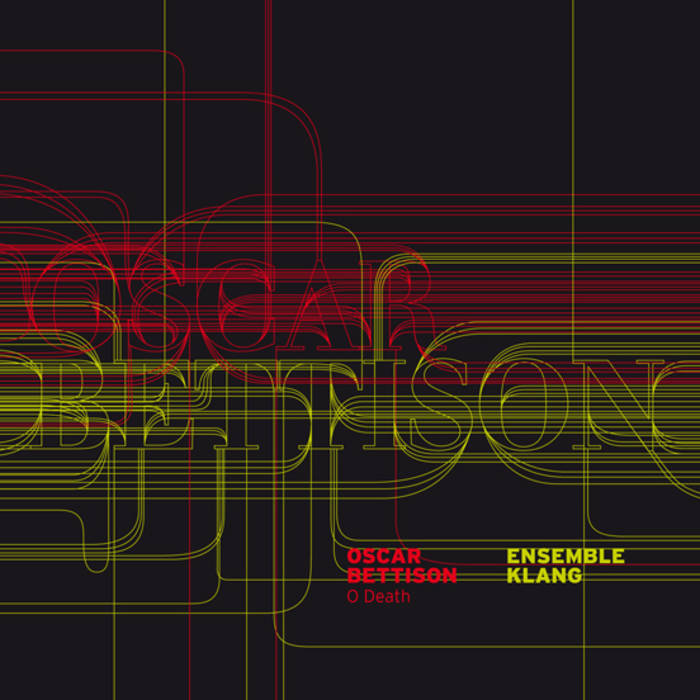 Oscar Bettison (1975) works within and outside the confines of concert music, frequently combining traditional with invented and re-imagined instruments. O Death mixes saxophones, trombone, banjo and piano with jaw's harps, harmonicas, recorders, melodica, flower pots and prepared wrenches. This seven-movement requiem masque assembles a broad range of traditions, including blues and other American folk music, exploring the theme of death and transcendence. O Death presents a dream of life from the perspective of the timeless dead and a premonition of death from the vantage of the clock-bound living.

5-stars: "a theatrical atmosphere, building in intensity. From a lazy funereal blues via dissonant, relentlessly pulsating blocks of energy it arrives at an uneasy close." (NRC Handelsblad, 21 May 2010)

This cd was made possible with financial support from Société Gavigniès.