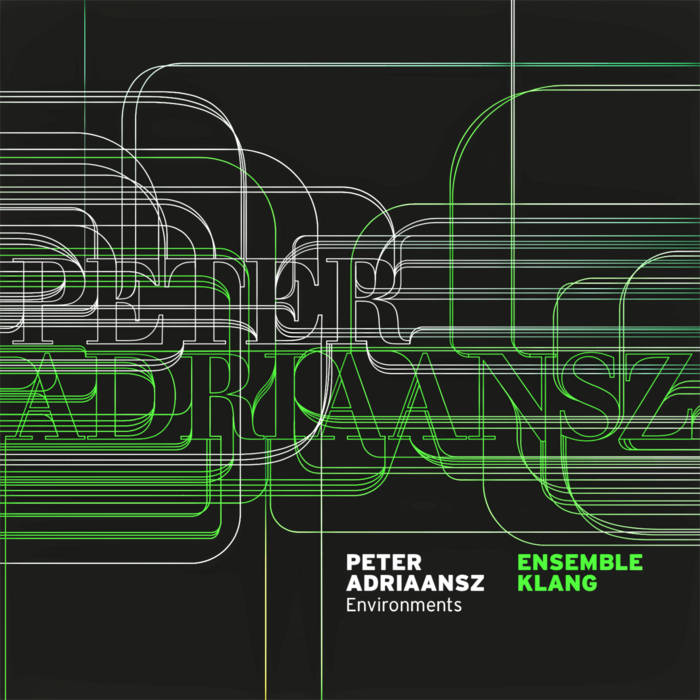 In his largest work to date, Peter Adriaansz delivers a wide-ranging reflection on humankind and society. Multiple layers of musical material, from background hum and de-tuned guitars to florid piano scales, combine with spoken word texts to create expansive Environments. Robert Pirsig, Beat philosopher Alan Watts, and lines from the mysterious Kybalion, pose questions about how we fill our days, how we pass the time, and what the purpose might be of our intellectual, spiritual and political pursuits.

Made possible with financial support from Sena Performers
Ensemble Klang Records is a production of Stichting Ensemble Klang which is financially supported by the City of The Hague and Performing Arts Fund NL.

Environments was commissioned by Ensemble Klang with financial support from the Performing Arts Fund NL.

Texts in Mono are taken from Zen and the Art of Motorcycle Maintenance by Robert M. Pirsig. Copyright 1974 by Robert M. Pirsig. Used by permission of HarperCollins Publishers.
Texts in Watts are from the radio recording How to spend (a life) time by Alan Watts. Recording and texts used with permission of the Alan Watts Organization.
Texts in Stereo are adapted by Peter Adriaansz from The Principle of Polarity, from the Kybalion.
Music Published / Licensed by: © Deuss Music, Den Haag, www.deussmusic.com