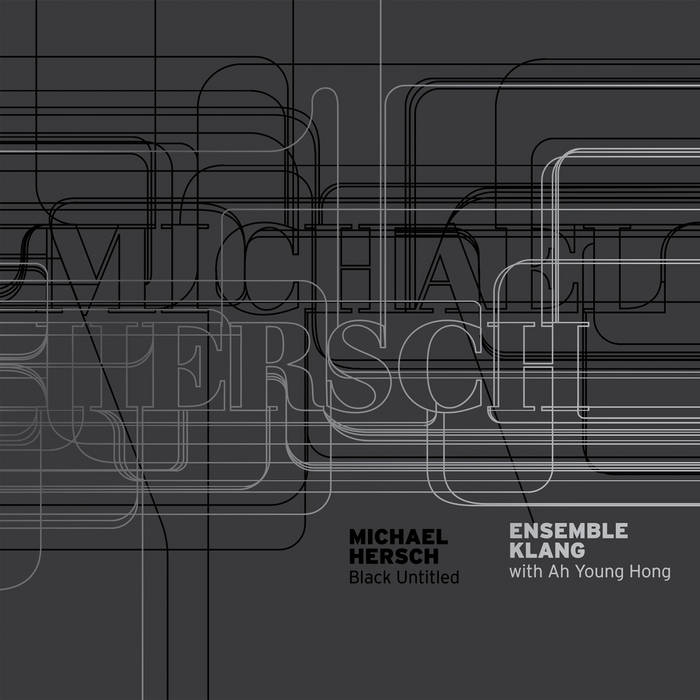 Black Untitled reveals a music of unfiltered, visceral intensity. Presenting two works by Michael Hersch (1971), Ensemble Klang delve into an oeuvre that explores the frailty and destruction of the human body. In "cortex and ankle" with soprano Ah Young Hong, they invoke a ritual of sound and space; while the stark and single-minded meditation of "Black Untitled" further reveals an unflinching music of “strange excitement”, one that even when sparingly written can leave the listener gasping for breath.

Ensemble Klang Records is a production of Stichting Ensemble Klang Artistic Director, Pete Harden
Executive Director, Anton van Houten
Made possible with financial support from the City of The Hague

This recording was made possible with the support of De Doelen, Rotterdam. The works were performed in the Red Sofa Series concert in the Jurriaanse Zaal on 7 December 2016, and recorded in the same hall the following day.
Black Untitled, premiered in the Orgelpark, Amsterdam, 25 October 2014
cortex and ankle, premiered in Red Sofa Series, de Doelen, Rotterdam, 7 December 2016